Our car accident attorneys handle hit-and-run automobile wrecks and “phantom vehicle” accidents involving wrongful death and serious personal injury in Delaware, Maryland, Pennsylvania, New Jersey, and D.C. In these cases, you may still be able to recover under an Uninsured Motorist or UM claim with your own insurance company if the hit-and-run motorist or phantom driver was never caught.
We have had many five-figure and six-figure UM settlements. If you were injured in an accident with a hit-and-run driver or a phantom vehicle and the at-fault person has never been captured, you may still be able to recover a substantial award of monetary compensation. Oftentimes, after a hit-and-run accident, innocent accident victims are left wondering why they were left behind by the at-fault motorist, and what to do next. Here are some thoughts on these types of accidents. 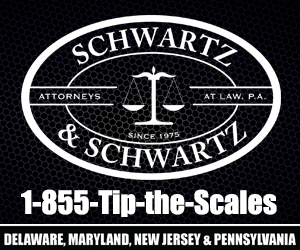 Hit-and-run automobile collisions and phantom vehicle accidents are far too common, which is unfortunate. Nothing says “I could care less about you” like negligently causing a crash, and then fleeing the scene. We have handled many hit-and-runs and phantom vehicle cases, and here’s some insight into what they are, why this happens, and what you can do about it:
What is a Hit-and-Run Collision?
A hit-and-run collision is where an at-fault driver causes his or her vehicle to strike you or your vehicle and then flees the scene. We have handled many hit-and-run collisions, including some of the following examples:

What is a Phantom Vehicle Accident?

Why Do At-Fault Drivers Flee the Scene?

How Do We Recover Compensation if the Driver is Never Caught?

In many hit-and-run accidents, despite the best efforts of the police and attorneys, the at-fault driver may never be caught. If the at-fault driver cannot be identified, the party who was responsible for causing the accident cannot be held accountable in a court of law. In that case, although you may not be able to bring the perpetrator to justice, we may be able to assist you to secure the compensation for your injuries through an Uninsured Motorist or UM claim.
Uninsured Motorist insurance or UM coverage is insurance you carry on your automobile insurance policy. It pays what you would have recovered from a hit-and-run driver or a phantom driver if you had captured the perpetrator, identified him, and made a civil personal injury claim against him (or her – but usually him). This type of insurance can pay for items of damage such as:

This is where having an experienced, top-level personal injury attorney is best. We know how to screen for available Uninsured Motorist Insurance and we have the experience to make a successful UM claim.