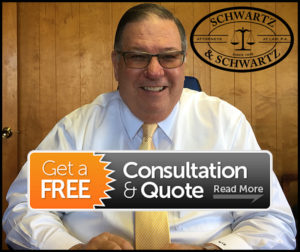 When the State of Delaware prosecutes homicide and assault charges, the Department of Justice may seek to prosecute the accused on the absolute most serious charge possible, whether or not the evidence supports the prosecution. For example, in an actual case, our client was charged with Attempted Murder in the First Degree after a shooting. To prove the case, the police and prosecutors would have been required to show beyond a reasonable doubt that our client intended to shoot and kill the alleged victim. We interviewed the victim. He had been shot in the leg. He gave us a written affidavit stating that our client accidentally shot him. As a result, the Attempted Murder 1 charge was dropped to a far lesser offense. (Please note that every case is different, and success, in this case, is no guaranty of success in your case.)
Does the following sound like your situation? The police are looking for you (or your family member). The police have visited your home or called your phone. They want you to come in for questioning or they want you to turn yourself in because there’s a pending warrant. What do you do?
First, you understand your Constitutional rights. The most important Constitutional right that you have is the RIGHT TO REMAIN SILENT. You are under no obligation to speak to police or prosecutors. Under the Fifth Amendment to the United States Constitution, you have a privilege against self-incrimination. Therefore, they cannot force you to speak to them.
The second most important constitutional right that you have is the right to counsel. You have a right to an attorney if the police or prosecutors suspect you have committed a crime. If you are contacted by the police, tell them you want to speak to your attorney before they question you. If they try to question you anyway, insist on having an attorney present before they start the questioning, and use your right to remain silent until your lawyer shows up.
We think it’s important for people to know that these rights exist. Every year, due to overzealous police questioning in America, there are numerous cases of false confessions. Did you know that the police are allowed to LIE to you in order to procure a confession? We have even had cases where the police gave our client opiate pain medication immediately prior to interrogating him. There are certainly good cops. But there are also cops that will do anything they can to secure a confession, whether it’s real or made up. And in the current environment, the best thing you can do is ask for a defense lawyer and keep your mouth shut if the police contact you.
If you or your family member has been contacted for questioning in a homicide or assault case, or if you or your family member has been arrested or has pending charges involving homicide or assault, please contact us for a consultation with an experienced criminal defense lawyer.