Not every case where someone had a bad outcome after medical treatment or a surgical procedure is going to turn into a medical malpractice case. The big thing that I do in medical malpractice cases right up front is to evaluate whether there’s a viable case, to begin with. This is quite labor-intensive in many cases and it can be quite expensive in many cases, not for my client but for me to evaluate a case.

So, the first thing that I wish people knew was, I wish that when people went to the doctor, they would take a pad of paper and a pen. I wish that people would write down what the doctor said. I can’t tell you how many times people are in my office, they’re talking about something that happened at the hospital with the doctor, you know in the doctor’s office, what have you, in the clinic and I ask questions. The answer is I don’t remember, or I don’t know, or he used some term. What was that medical term?

If people were able to sit and write down what the doctor told them, then we would know what happened when they went to the doctor’s office. A lot of times we just don’t know because our client, the patient, doesn’t understand what happened.

The second thing is a lot of the medical malpractice cases that come to me where people come to me to take their medical malpractice case, a lot of these cases are wrongful death cases. It’s very unfortunate to have a wrongful death in your family. But it’s also very unfortunate if you contact a lawyer about medical malpractice wrongful death case and the lawyer says, how are we going to prove that your father, your husband, your wife, how are we going to prove that they died as a result of the negligent act or omission of the doctor? You didn’t get the autopsy? How do we know what caused them to die? How will we be able to prove it? So, my second point in this five things you ought to know video is, if you’re the family member of someone who has died and you’re considering that maybe there’s a possibility that you might go to a lawyer to talk about this, you definitely want to tell the folks in the hospital that you want to request the autopsy.

Request an independent autopsy. Find out from the people in the hospital how to go about doing it. Get the forms to do it. Request the autopsy and that way when you go to the lawyer, the lawyer will be able to find out what your family member died from. Because, if they didn’t die as a result of the medical negligence, the act or omission, the wrongful act or omission of the medical professionals. If they died from some other cause, you can’t prove a wrongful death case.

Number four, order the records before you go to a lawyer’s office. As soon as the thought occurs to you that maybe this is a medical malpractice case, maybe I should get a lawyer to review it, go to the hospital, go to the doctor’s office and request a copy of your chart. The reason I say that is because number one, I am aware that some medical professionals have been known to tamper with the chart.

If they get a letter from a lawyer saying I’m representing Mrs. Crenshaw in a medical malpractice case, please send me your chart. They may tamper with the chart and then send it to the lawyer. If you independently go to the doctor’s office, go up to the desk and ask for your chart, they may photocopy it right then and there and give it to you and the doctor doesn’t have the opportunity to tamper with it.

The other thing is when you go to a lawyer to have a medical malpractice case evaluated, the lawyer must get the medical records in order to evaluate what happened, to even determine if there’s a case or not a case. So, you might as well go get them ASAP, as soon as possible, or as soon as you can and take them with you to the lawyer’s office if you can get them in that short order.

Number five, go to a lawyer as soon as humanly possible. Here’s my reasoning for saying this. I’m not trying to drive people into lawyers offices, but my observation is no one really wants to bring a medical malpractice case against a doctor or hospital. No one really wants to do this. No one is waking up in the morning thinking to themselves, wonderful day, I get to go see a lawyer and talk about a medical malpractice case. No one wants to do this.

So, people think about it, should I go to a lawyer? Should I not go to a lawyer? Should I pursue a case? What will happened to the doctor if I pursue a case? People contemplate it, they mull it over. They let time go by and they procrastinate, and that’s potentially fatal to the case. The reason is that every state has a statute of limitations on medical malpractice cases. Most states, if not all states, have what’s called an affidavit of merit requirement. Meaning that before you can even file a medical malpractice case, whatever state it’s in, you very well may need to have an affidavit from another doctor in that specialty to say that the treating physician was negligent, was careless, deviated from the standard of care, didn’t render appropriate treatment and as a result, you sustained injury or your family member died.

If you need to get an affidavit from another medical professional before you can even file the lawsuit, now you’re not even talking about statute of limitations, you’re talking about come back a year prior to the statute of limitations so we can track down a medical professional, so that we can have them review all the records, so we can have them review all the facts and circumstances, so we can draft an affidavit for their signature to be filed with the lawsuit.

So, I would say the sooner you go to a medical malpractice attorney, the better. The more time that the attorney has to work on the case, the better the outcome will be. If you wait too long, even though you still have time on the statute of limitations, you may find that you can’t get an attorney to look at the case because you’re asking them to drop everything and track down a medical professional to give an affidavit of merit. That is not something that lawyers are really wanting to do; drop everything and focus on one case, on an emergency basis.

I’m attorney Ben Schwartz, if you have a question for me that you would like me to answer in a video like this, please send me an email. 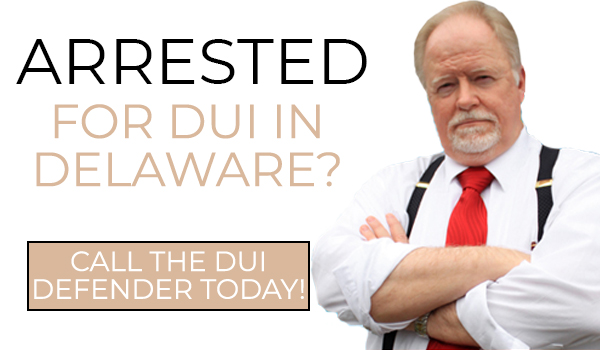 No Insurance…How Do I Pay For My Surgery?

No Insurance but need to pay for surgery? In today's video, Personal Injury Attorney Ben Schwartz will give you some ideas on how to get the needed medical treatment you need if you have no insurance. https://youtu.be/c05ycF93hkQ Hi, I am attorney Ben Schwartz, Today we are going to answer a...

END_OF_DOCUMENT_TOKEN_TO_BE_REPLACED

Does Joel Embiid Have A Right To Sue In A Workers’ Compensation Case? Personal Injury Attorney Ben Schwartz helps to a viewer with this question. https://youtu.be/zO98fnhTPa8 Hi Folks, I am Attorney Ben Schwartz, Today we are going to answer a question from Reggie in New Castle County, Delaware....

END_OF_DOCUMENT_TOKEN_TO_BE_REPLACED

Pressure Sores…Is that something I can Sue For?

Personal Injury Attorney Ben Schwartz explains that it may be possible to sue if you get pressure sores while in a nursing home. https://youtu.be/Jea-h3WMtik Hey folks, I’m Attorney Ben Schwartz, Today we are going to do a quick video to answer a question from Cam in Rehoboth Beach, Delaware. Cam...

END_OF_DOCUMENT_TOKEN_TO_BE_REPLACED
← Prev: What Is Medical Malpractice? Why Consult With A Wrongful Death Attorney? →